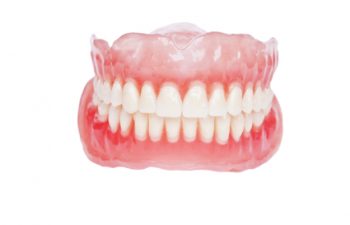 Dentures had been widely used to restore the missing pieces of the teeth. Not only that it brings out the best smile of a person, but it also improves the overall dental health condition of the wearer. Here at Alora Dentistry, we provide a solution to replace missing teeth that would rival the look, function, and appearance of the natural teeth.

Although having dentures is a common dental procedure from before until now, there are still some facts that many people do not know. Here are some fantastic and mind-blowing facts about dentures that most people probably did not hear about.

Bizarre Dentures That People Willingly Put into Their Mouth

Teeth as Precious as Gold

Archeologists have uncovered a third century BC tomb during a dig in France, which contained a Celtic woman who was adorned with all high-end pieces of jewelry. One of which was an iron pin in her mouth that was believed to be a  supporting structure of a dental implant. Although the material was missing, the archeologists concluded that the tooth might have been Gold! It was similar to what the Etruscans used during the same period.

With the advancements in technology, together with science and art, dentures my come to an end. The researchers from Tufts School of Dental Medicine turned stem cells, which were taken from a patient’s own body, to create and generate a tooth bud. Instead of using artificially-made materials for the teeth, they thought of a natural-generated tooth replacement option. The “tooth bus” is attached to the tooth-shaped scaffolding and will eventually grow into a mature tooth. However, it is a very complex job to be done and needs a lot more time to develop the best scaffolding structures.

Fragile Teeth made of Porcelain

Alexis Ducheateu, a French pharmacist, together with dentist Nicholas De Chemant created the first successful dentures which were made from porcelain in 1774. The same material was used to create toilets and fine wares. However, the porcelain teeth which were intended to be a solid replacement for ivory teeth did not fare well. They easily chipped, fragile and were a little too white to give a realistic and natural look.

False teeth or fake teeth can be dated back to ancient history. The first set of full dentures were created by and credited to the Japanese. The 16th-century dentists used beeswax to mold and make an impression of the teeth, which is closely similar to today’s procedure. The mold will then be used to carve a hard set of teeth made from the wood of the Japanese box tree. The wooden dentures were so stable that it was reported to have been used until the 19th century.

Nothing makes the best tooth replacement than a human tooth itself! Researchers had unearthed the Guinji family tomb in 2010 and found a mess of human remains, including a Renaissance-era example for false teeth. They discovered five human teeth denture that was strung together using a strip of gold metal to adhere to the lower jaw. It was estimated to have been made between the 14th and 17th century.

There had been so many false teeth alternatives all throughout time. People had tried the simplest and the most bizarre options to replace missing teeth. Thankfully, dentures today were made durable, effective, natural-looking and long-lasting.

Bring out your best smile! To replace single or multiple missing teeth with Dentures in Napa, CA, contact us to book an appointment. Our team at Alora Dentistry is looking forward to serving you and helping you achieve the smile you genuinely deserve.

Very professional staff. My scheduled appointments are always on time and I feel well cared for at each appointment.

We highly recommend Dr. Mandy and her team. They are the nicest, most professional people and make being at the Dentist not so bad.

The atmosphere in Alora Dentistry is inviting and warm. I highly recommend discovering and coming to Napa's best dental office. You won't regret a single moment spent here or with their quality dental work they do.

Very professional staff. My scheduled appointments are always on time and I feel well cared for at each appointment.

We highly recommend Dr. Mandy and her team. They are the nicest, most professional people and make being at the Dentist not so bad.

The atmosphere in Alora Dentistry is inviting and warm. I highly recommend discovering and coming to Napa's best dental office. You won't regret a single moment spent here or with their quality dental work they do.

Stress-free dental appointment! Dr. Nuthyla answered all my questions at the front desk, She was super sweet while taking my X-rays and the hygienist rocks! Dr. Mandy is super gentle and explains the process while she was cleaning my teeth. She made me feel good about my teeth and gave me some advice on how to maintain them healthy and white! Best office ever!